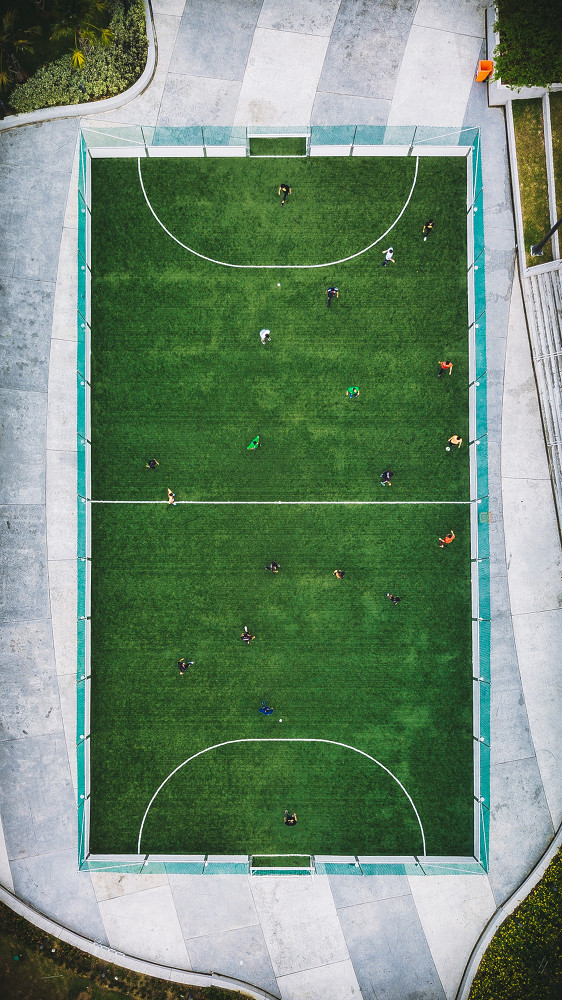 Football is a fun game and easy to set up. All you need are two goals, some free space and a ball. Playing can be a great workout for your whole body, but it is so much more. In one hour of football you can learn more about people than in the average week. The game surfaces how one behaves as an individual, as part of a team and what their attitude is. Naturally it also reveals their skill at football and their talent.

Their skill and attitude sometimes remind me of the hiring principle "attitude over aptitude". Often you see players that are technically very skilled, but lack the attitude to work hard to get the ball, to fight for their team. Skill gives you many advantages when you have the ball and try to crack the opponent's defence. But when you loose the ball, do you run back with your team to defend? Or do you wait for them to do the work and pass the ball back to you?

At the same time there are players who are not very good, haven't played much yet, but fight very hard and once they loose the ball don't give up running until they have won it back or at least interrupted the attacker's game. I prefer to play with the second kind of player every time.

Further things you can learn are

Enjoy playing football and play it with the right attitude. If you ever want to learn something about a group of people play with them and you'll find out.